Captain America’s To Do List – Star Wars Vs. Star Trek

Two days ago I was watching the first 11 minutes of the new Captain America: The Winter Soldier movie that opens two weeks from today.

In the opening scene we find out that Cap, aka Steve Rogers, who is trying to catch up on recent history and pop culture following his 70-year suspended animation, has been keeping a list of “To Do” things to assist him. He mentions that he has also found the Internet to be helpful in catching up. HIs list includes TV series, movies, books, music, people and even food. As soon as he pulled out his notebook and began writing, I snapped a screenshot of what was on his list. 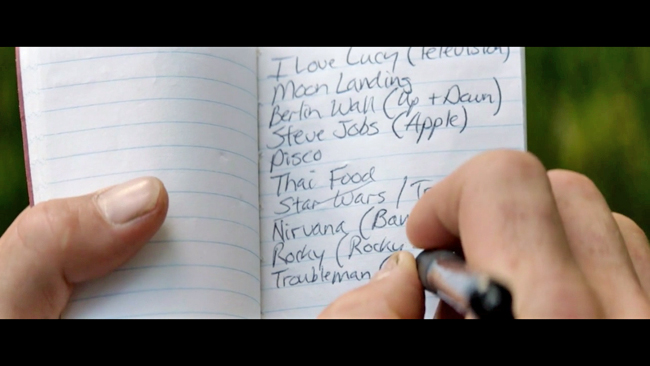 Apparently the ONLY thing he has crossed off his latest list (since there are previous pages showing, I’m assuming he HAS accomplished the items on those previous pages) is Star Wars. I didn’t capture this detail from the video with the screenshot, but if you watched the clip or look closely at the screenshot you can see that the entry line is actually “Star Wars/Trek” and “Trek” is not crossed through.

I’m struggling to understand why anyone would choose to watch Star Wars before Star Trek. I guess even a Super Soldier isn’t perfect.

Of course, that’s just a good-natured dig at my friends who DO prefer Star Wars to Star Trek.

The obvious reason is that both the Star Wars and Avengers franchises are under the Disney umbrella and the subliminal message is that Disney Studios productions are worth watching first.