Best Sci-Fi Film the Year You Were Born

Have you ever wondered what the best sci-fi film the year you were born might be?

Neither have I, but once I saw this link my curiosity was piqued. 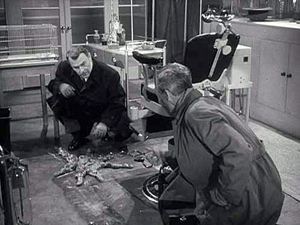 Now, I’m a pretty big fan of the science fiction genre, from books to TV shows and movies, but I’ve never heard of this movie before, The Quartermass Xperiment.

But I’ve never seen The Quartermass Xperiment, though the premise is a pretty well-used one;

“If you send a man into space in a science fiction horror film, chances are he’ll come back infected with an alien parasite. “The Quatermass Xperiment” is about a failed rocket experiment, where only one of three astronauts sent into space returns to Earth — but with something terribly, terribly wrong. Richard Wordsworth stars as the homecomer, and Brian Donlevy as the doctor who tries to treat him.”

I’m going to try and find this movie on Amazon Prime movies or Netflix and hopefully fill in the gap of what was the best sci-fi film the year I was born.

What was the best sci-fi film the year you were born? Let me know in the comments.