April Was A Busy Month

April was a busy month with a variety of good and bad events, which pretty well sums up life in general, doesn’t it? 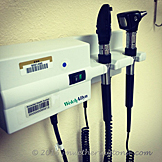 We ended March and began April with a trip to Daytona Beach for our 18th wedding anniversary. But we got a hint of what April might bring when we had to rush back a few hours early (no big deal) on Wednesday, April 1st after Cindy’s mom had a bad bout of pain and it looked like she might need to go to the hospital. Since her usual back doctor was on vacation and, unbelievably, doesn’t assign his patients to a fill-in doctor, we ended up taking her to a nearby CentraCare where the doctor there diagnosed it as sciatica and prescribed pain medication.

On Saturday the 4th we found out that a friend of ours (Cindy’s Eola Market “husband”) who lives in Tampa was struck by Bacterial Meningitis when his partner called us to let us know he was in the hospital. We drove down to Tampa on the 6th, even though he was unconscious, to offer whatever support we could to his partner, whom Cindy has known for more than a decade. As you can see from the link, Bacterial Meningitis is a very serious and potentially deadly condition. We made several more trips to Tampa over the course of the month and while our friend eventually regained consciousness, he was also placed on dialysis because his kidney functions stopped completely. In addition to the kidney issues, his legs and arms were not getting enough circulation, causing them to become swollen and black (legs and feet) and blue (arms and hands). The good news is that his arms and hands began to improve in condition and he has regained limited use of them as of today. The sad news is that a few days ago he had to have both legs amputated just below the knees. It would be an understatement to say that this will result in major life changes for both he and his partner, as it would for anyone. He’s been transferred to a rehabilitation facility near Tampa and we’re hoping to get to drive down and see him in the next couple of weeks when he’s feeling up to visitors. 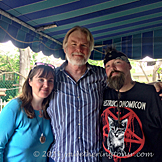 Sunday, April 5th, we had a family party with 25 or so family members present. It just so happened my son was home from his long-haul truck driving job, so it was great to have my daughter and son here at the party together. It’s been a long time since we’ve all been at a family party together. 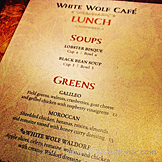 On Thursday, April 9th, I accompanied Cindy’s parents to her mom’s monthly Parkinson’s Support Group meeting, then they treated me to lunch and my first visit to the White Wolf Cafe & Bar. Food was delicious! Afterward, we went to an appointment with my mother-in-law’s back doctor for the back and leg pain she had been suffering with since the end of March.

Friday, April 10th, found us at the hospital at 7am for my mother-in-law to have an MRI done as her back doctor sought to find the cause of her back pain. When we finished up that procedure Cindy and I drove to Tampa to visit our friend. 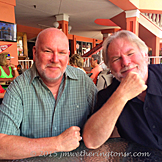 On Wednesday, April 15th, we drove to Tampa to visit our friend and when we finished up there we drove over to Clearwater to meet my brother for lunch. That was a real treat and highlight of the month, as we hadn’t seen him in almost a year. We got to spend a couple of hours eating, visiting and walking on the beach before we had to head back to Orlando. The visits are never long enough, but I’m thankful for the time. 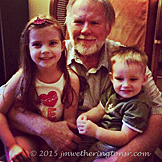 Cindy’s son, his wife and our two youngest grandchildren, Jade and Maxwell,  arrived on April 21st from San Antonio, TX for a week-long visit. We had a lot of fun visiting and spending time with 5-year-old Jade, who spent the night with us on Wednesday, and 2-year-old Maxwell, who spent the night with us on Thursday. Then we babysat both of them on Friday night while mommy and daddy had a date night. They flew back home on Tuesday, April 28th after joining us for breakfast and a final visit before leaving. 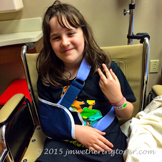 Yesterday, Wednesday the 29th, my 9-year-old granddaughter, Heather, fell off a new and higher-than-she-was-used-to bed and broke her collarbone on her right side. The nurse let her mom and I look at the X-ray before the P.A. came in and it looked pretty clear to us that there was a nice clean break. The P.A. arrived a few minutes later and confirmed the broken collarbone and then they had an orthopedic specialist review it as well, then put her in a sling, gave her some pain medicine and we were out of the ER within an hour.

Even more tragic was finding out the same afternoon that the 1-year-old child of the neighbors who live 2 houses down from Cindy’s parents’ home had fallen into their family pool and drowned. I cannot even imagine, nor do I wish to, losing one of my children or grandchildren.

And then, on this final day of April, after a couple of days of coughing, Cindy took our granddaughter Abby to the doctor and the diagnosis was strep throat and bronchitis. The bronchitis was not surprising, given the cough and sound of it, but we had no expectation of strep throat, especially since Abby has not voiced one complaint about her throat hurting.

So, that’s the month of April in a nutshell. All of the above does not include, of course, the weekly Thursday night, Saturday and Sunday markets that Cindy does with her Mountain Creek Candles brand. Those are a constant, so I almost didn’t think to include them.

So, how was YOUR April?

One thought on “ : April Was A Busy Month”