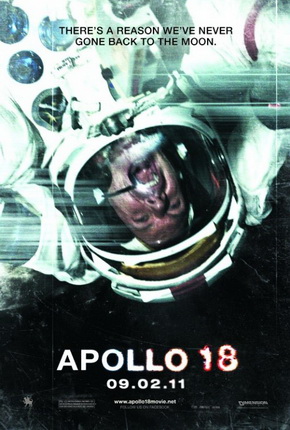 I just finished watching Apollo 18 on Netflix while doing some research. I’m glad I had the research to keep my mind occupied because I would have been bored out of my skull otherwise.

Anyone who has even the smallest knowledge of America’s space program knows that the last mission to the moon was Apollo 17. But, according to this movie, that’s only the official made-for-the-masses version of history.

That’s an hour and a half of my life I’ll never get back.