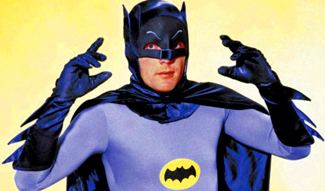 The first live-action Batman I ever knew was Adam West. To a kid who spent the early years of his childhood reading Batman comic books, it was the coolest thing ever at the age of 11 to see one of my favorite comic book heroes come to life on the TV screen.

Granted, the spirit of the TV show did not age well over the years. When I watched reruns 20 years later, I could not believe I used to enjoy the show so much. Still, the series held a fond place in my memory, all because Adam West was not afraid to play the character to the hilt of being so serious as to be laughable.

In June of last year, West passed away at the age of 88. And though the Bruce Wayne/Batman character was his best-known role, West had quite an extensive filmography stretching from 1957 to 2004. 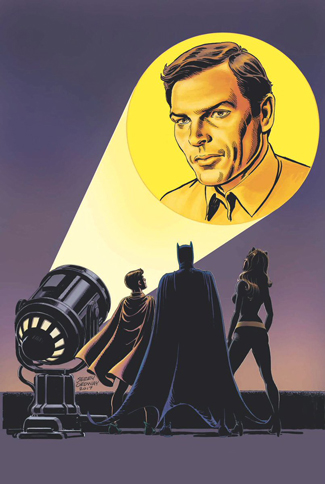 So it was disappointing to see during the “In Memoriam” segment of last night’s Academy Awards Ceremony (with a very touching performance of Tom Petty’s “Room at the Top” by Eddie Vedder) that Adam West was not included. I know the Academy always leaves out someone or several someones as they weigh how much time they have, but it seems ridiculous that Adam West was omitted.

But comic book artist Jerry Ordway created his own memorial image for Adam West, to try and fill the void left by the Oscars.

I think it really works as a nice tribute.