A Somber Day, A Happy Day

Yesterday we had the mournful experience of attending the funeral of Cindy’s Aunt Arleen who passed away from a sudden and massive stroke last week at the age of 85. I did not know Arleen that well, having only seen her perhaps a half-dozen times over the past 17 years, but Cindy and her brothers had grown up with her and she was married to my mother-in-law’s brother, who passed away himself 7 years ago. As Cindy pointed out to me, her mom had known Arleen longer than she had known Cindy’s dad, and they’ve been married 61 years!

After we returned home later in the afternoon, Cindy and I accompanied her father to the Apple Store at the Florida Mall so he could get his first iPhone. The day before, he had already switched his cell phone plan to one that would be compatible with a smartphone, so all he had to do was pick out the size (16GB) and color (black) iPhone 5S he wanted, then the Apple gurus set it up through his carrier and showed him a few basics. He seems happy with his new phone and now his grandchildren can send photos of his great-grandchildren directly to his phone for immediate viewing, Here’s some photos I took from the Apple store.

My father-in-law getting his contacts transferred from his old cellphone to his new iPhone. 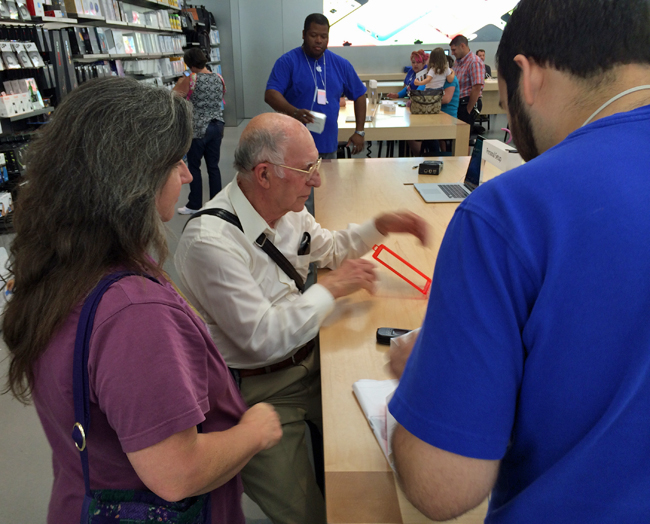 Cindy looks on as her dad gets ready to use his new iPhone case. 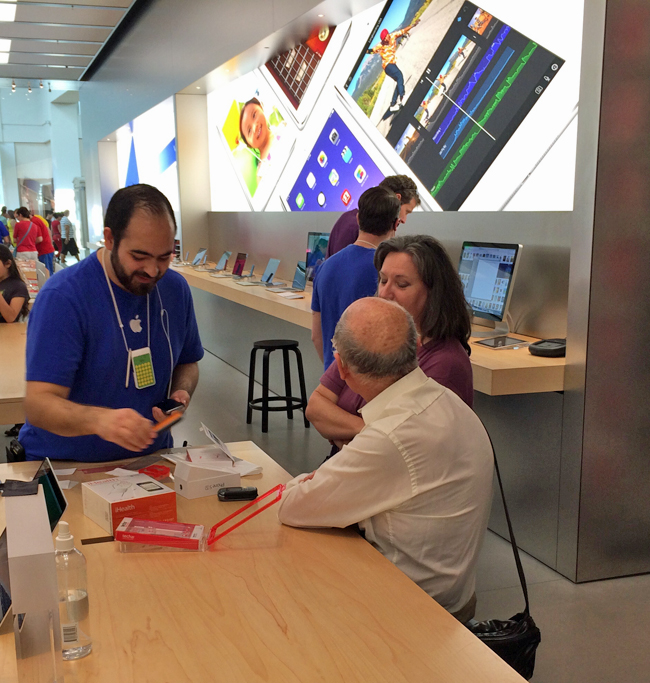 Cindy and her dad discuss his new iPhone.