It’s day five of our 21st Wedding Anniversary Week where we take a trip to Mt. Rainier. 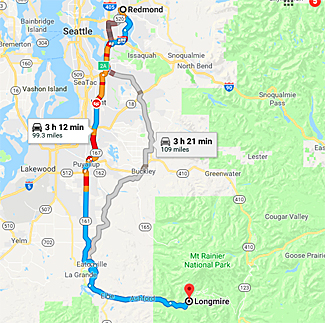 So you may remember that back on day two of our 21st wedding anniversary week we had planned to drive up Mt. Rainier, but discovered that coming in from the northern entrance would not gain us access to the mountain, only the national park forest area at the base. We still had a great time.

Since I had visited Mt. Rainier back in late May of 2017 when I was working in Washington, I decided that we would go in from the same entrance I had used almost a year earlier. Even so, I was still worried that we might not get in or get far because of the weather. When I went in late May I was only able to get as far up the mountain as the first visitor center. After that, the roads were still blocked by snow. Trying to ascend it almost 2 months earlier in the weather cycle made me think we might not get far. 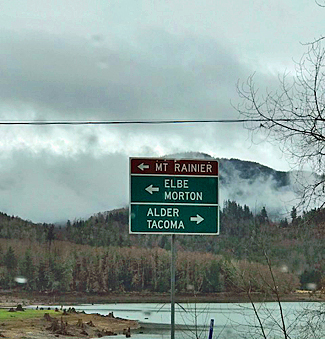 But I really wanted to take Cindy up Mt. Rainier to see the beauty I had seen, so we were going to try again.

As with our trip to Ruby Beach the day before, for this day trip on a Sunday we were being joined by Jeremy, Wendy, Jade, and Maxwell, which made the trip all that much more fun. We again took one grandchild with us on the drive there and the other one with us on the drive back.

We stopped in Eatonville around lunchtime, not far from the entrance, to fill up our cars with gas. There was a Subway shop across the parking lot from the gas station so we walked over in a light drizzle of rain to “Eat Fresh” before making our way to Mt. Rainier. 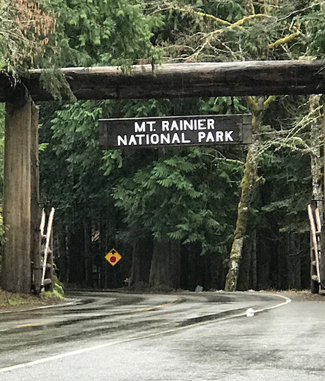 When we arrived at the entrance it was cold and raining a bit more heavily. The ranger on duty asked me if I had tire chains and when I told her I did not, she said they were still needed at this time of year. She said she’d let us go in without them, but if we went more than 6 miles in that other rangers would turn us around. I figured 6 miles was better than nothing, so off through the rapidly increasing snowfall we went.

We stopped at the 6-mile mark without being challenged by rangers, but the roads were getting slicker and the snow was coming down harder, so out of an abundance of caution we turned around and made our way back. Cindy got to see a little of the beauty, but I really hope we can return when the weather is not so inclement so she can see more of what I had the chance to see last May. 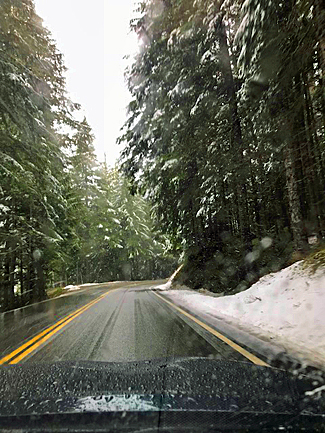 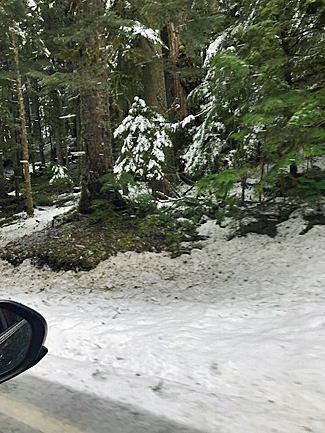 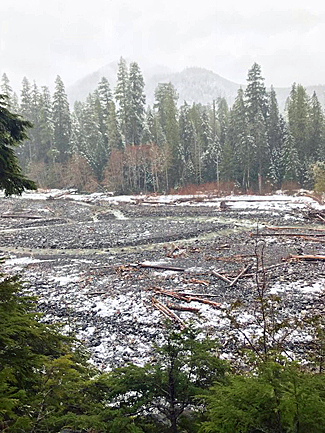 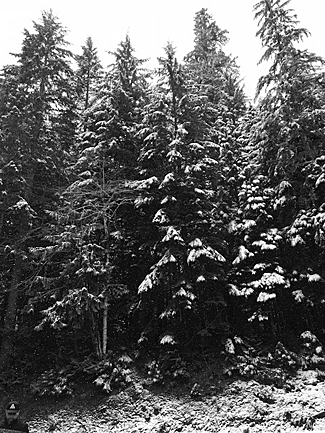 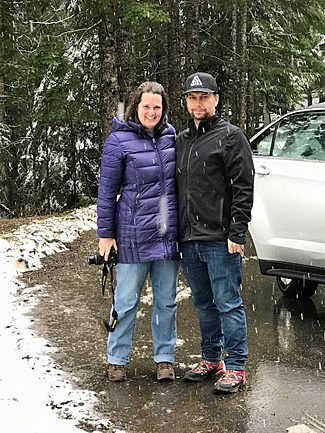 A big thanks to Cindy for taking all the photos above while I was driving.