The official 2018 Hurricane Season begins June 1st and I thought this might be a good time to share the list of 2018 Hurricane names. By the way, Mother Nature doesn’t always unleash her fury according to our schedule, so be aware that storms can and do occur BEFORE June 1st, and don’t wait until May 31st to prepare. 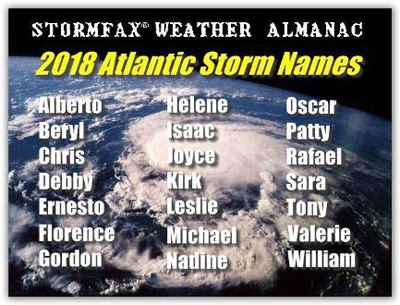 Here are some more interesting tidbits about Hurricane names, as mentioned on this National Hurricane Center site:

In 1953 the US discontinued a two-year-old plan to name storms using a phonetic alphabet (Able, Baker, Charlie, etc.) when a new, international phonetic alphabet was introduced. That was also the year that the US began using only female names for storms. That practice ended in 1979 when male and female names were included for storms in the Atlantic and Gulf of Mexico.

When it comes to naming Atlantic storms, an established list of names is used for each of six years, meaning one list is repeated every seventh year. However, if there is a storm that is so deadly and/or so costly that using its name on a storm in the future would be inappropriate or insensitive, that storm name is retired. As an example, there will never be another Hurricane Harvey.

And, if there are more than 21 named storms from the Atlantic in a season, then any following storms are named according to the Greek alphabet (Alpha, Beta, Gamma, etc.).

I noticed that there has never been a Hurricane Jeff. There was, however, a Typhoon Jeff in 1985 that spun up near the Yellow Sea but never really could figure out exactly what it wanted to do. Looking at a map of its track, it seems a fair assessment to say this is a “You’re drunk Jeff, go home” kind of track.

Here’s my blog post from a few years ago about the night Hurricane Charley hit us in 2004. 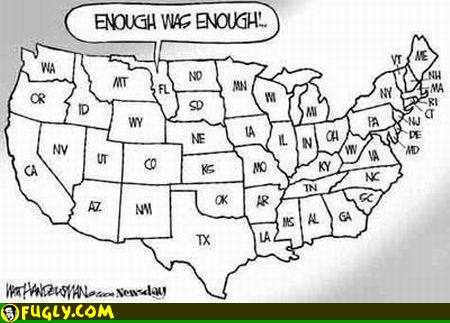